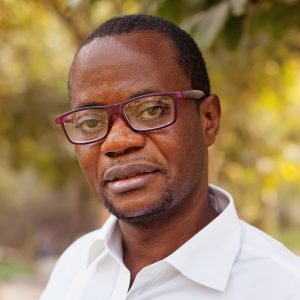 Collaboration and coordination of legal expertise among ABLE attorneys and staff effectively met a number of needs for Charles, a homeless Cameroonian man with mental health issues. Diagnosed with bipolar-type schizoaffective disorder, Charles was committed to the Northwest Ohio Psychiatric Hospital after being found not guilty by reason of insanity for spitting on police officers during an arrest for trespassing. When Immigration Customs and Enforcement was notified of Charles’ status during his hospital stay, they immediately began removal proceedings and put an ankle monitor on him. ABLE helped Charles file an asylum application, which called for nearly 1,000 pages of medical records and legal research. ABLE then successfully argued that Charles would face persecution if he returned to Cameroon due to his mental illness, securing a Withholding of Removal judgment under the Immigration and Nationality Act. Charles’ ankle monitor was removed quickly after the judgment, and he became eligible for benefits including food stamps and Medicaid.

ABLE is further assisting Charles to locate permanent housing and obtain his benefits.

You can help others like Charles by donating on ablelaw.org.
Under Gift Information, please select Immigration Advocacy for the Donation Option.